Okt 11th Where To Watch American Football in Germany 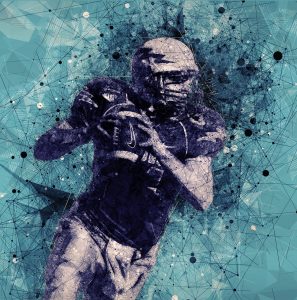 There are currently various ways to follow the games of the NFL on television or stream. Here I introduce you to the various TV channels and streaming providers. The most popular is to use a VPN or a Smart DNS provider to unblock. You can find the best provider at WatchoutsideUS. We will check a few other ways in this article below.

First of all the good old Free TV! Since the 2015/2016 season, the games of the NFL can finally be seen regularly on German Free TV. The special interest channel ProSieben MAXX broadcasts every Sunday from 18:30 two games live from the stadiums of the USA. The stream on ran.de also features another parallel game. And if the NFL is playing in London, don’t do anything else: The NFL Marathon on ProSieben MAXX starts at 15:00 hrs.

Among others, football veterans Jan Stecker and Patrick „Coach“ Esume will be there. Since the 2017 season, two-time Super Bowl winner Sebastian Vollmer has also been an expert at the start. Those responsible at ProSiebenSat1 had the right instinct here. After the Super Bowl 2015 was already a huge success for the station, the coverage was further expanded.

NFL on stream with DAZN

DAZN (short for THE ZONE) is a relatively new provider in the streaming market and has been mixing up the market since 2016. DAZN belongs to the Perform Group from Great Britain, which also operates the portal spox.com in Germany, for example. Some already call DAZN’s offer the „Netflix for Sport“. And the offer can be seen.

With regard to the NFL, DAZN broadcasts 50 games of the Regular Season, the play-off games and of course the Super Bowl as a highlight at the end of the season. Everything in the original commentary.

In practice it looks like this: You can watch the Thursday Night Game, Sunday Night Game and Monday Night Game. Besides there is the NFL RedZone to see every Sunday to the Primetime plays. 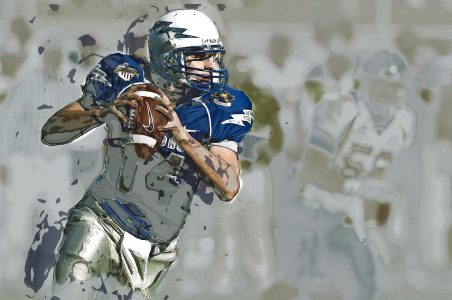 With this format the situations in the Red Zone are shown from all parallel running games by conference call. So you get something from all games. Personally I prefer whole games in full length – but if the live game doesn’t give you anything, NFL RedZone is certainly an entertaining alternative.

Besides there are on top a few selected games of the pre-season and the channel NFL Network. NFL Network broadcasts everything around the clock around the NFL. Game analyses, interviews, expert rounds, news etc. pp.

The whole gives it for 9,99 per month. The first month is free of charge and the offer can be cancelled monthly. Just like with Netflix. You can find more information about DAZN in this article.

Sport1 US currently no longer has any broadcasting rights to the NFL games. Instead, College Football from the USA will continue to be broadcast there. Every Saturday from 18:00 there will be live football from the college stadiums. Plus a lot of recordings during the week. You can receive Sport1 US via Kabel Deutschland, for example.

The NFL in livestream with the NFL Gamepass

If you prefer to look at your PC or tablet or own an internet-capable TV, the NFL Gamepass is a suitable alternative for you. In comparison to the offers mentioned above, the Gamepass contains everything a fan’s heart desires.