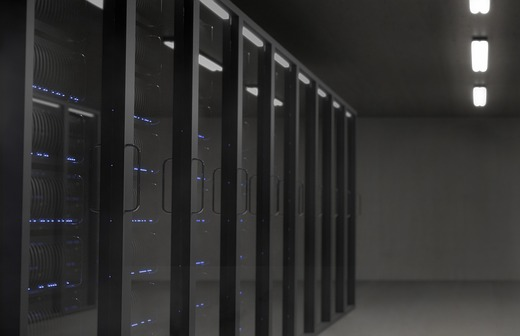 Today we’ll write a post about Virtual Private Servers (VPS), in which we will explain what they are and practical applications of use. Numerous companies on the Internet offer the possibility for any user to rent a server. Many times the use case doesn’t require having a complete machine at their own disposal, as it won’t need so many resources.

That’s why dedicated servers (physical servers, connected to the network) are in turn divided into VPS, which to all intents and purposes would have the same characteristics as a normal server except that they are not physically individual. Each one would have its own operating system, its resources, its available traffic… As they are not individual servers, the contract price is considerably cheaper and offers can be found at really affordable prices. In my case, the one I use usually costs only 8.00 $ per month.

What can a VPS be used for?

A VPS has unlimited uses, because after all it is as if you had another computer available in a datacenter with an astronomical Internet connection, if we compare it with the speeds that are seen in the US. Anyway, and for example, we are going to comment on typical uses that can be given to those VPS:

Web Hosting: Some people fall short of the shared hosting plans offered by some companies, either because they need more space, because they need more transfer or because a website consumes too many resources. VPS tend to give a lot of freedom in this aspect, as they tend to give much more space and do not usually have monthly data transfer limits.

Gaming: There are many popular PC games that are more fun if you play it in groups, or some even are group games only. That’s why fans of Minecraft, Counter Strike and similar games often play through private servers performing their games regarding their personal needs. Learn more about such gaming vservers.

VPN: Another very fashionable use is to set up Virtual Private Networks, so that the user can connect to the VPN and navigate through it. The advantage of this is that the connection between user and server is encrypted, so if you are using an unsecured connection no one can see the traffic that the user exchanges with the rest of the Internet.

P2P Downloads: Due to one of the characteristics of the VPS, the connection speed, these are widely used for file exchange using P2P traffic, as we will explain below.

One of the uses that many people give to VPS is file sharing through P2P. On the Internet there are many private BitTorrent trackers, which account for what the user shares with other users and also what is downloaded from them. One of the requirements of these exclusive pages is to keep the ratio (quotient between what is downloaded and what is shared) above a certain number, and this is not particularly easy to achieve with connections as loose as those we have in our country.

For this reason many people turn to VPS and similar services, as these machines tend to have much higher connection speeds and therefore it is even easier to share and stay on these trackers. But a VPS is not the only way to achieve this. Many users do not have the technical knowledge necessary to operate a server of this type, and that is why for some time companies offer something similar but simpler and easier to manage: seedboxes.

A seedbox is, after all, a virtual private server whose only mission is to download and share files. While with the VPS you can do a lot of different things, with a seedbox you can only use it for P2P traffic. Usually they come with a pre-installed BitTorrent client, which the user can easily access via web. Then, to download the files to your computer, the user uses an FTP client. If you are wondering if bittorrent or usenet is better, read this article at this website.

In some cases, some companies offer more limited seedboxes, which even set a maximum number of files by sharing and downloading at the same time, or even set a limit on the amount of traffic spent. Others include other extra programs for the same purpose, such as the jDownloader. Seedboxes are more „captured“, but with rare exceptions they are usually cheaper than VPS. In short…

Advantages of using a VPS or Seedbox for P2P traffic

More speed when it comes to sharing. The main advantage is clear, in many cases we are talking about servers with connections of 100 Mbps or 1000 Mbps. This is vital, and even more so when in Spain the upload speeds offered by operators are so low.

They operate 24 hours a day. It is no longer necessary for the user’s personal computer to be on all day at home. VPS and seedboxes are always on.

Problems with ISPs are avoided. With the proliferation of anti-discharge laws, VPS and seedboxes are the perfect example by which the laws of the three warnings and the like are little ineffective. The same applies to Internet connections that have a monthly traffic transfer limitation. With a VPS you would only spend traffic when transferring a file from the VPS itself to the user’s computer, but you would not spend traffic from the user’s own connection when sharing.

Possible filters or censures are avoided. Now that we are talking about the possible measures to take to combat P2P, if a certain government or ISP decides not to allow traffic to certain websites, the VPS would avoid going through this filter, as it acts as an intermediary. The user connects to the VPS and the VPS goes directly to that page.